From HEROsector01
Revision as of 22:17, 9 May 2011 by Master Inika (talk | contribs) (I think the fact it's disbanded gives away everyone is a former member.)
(diff) ← Older revision | Latest revision (diff) | Newer revision → (diff)
Jump to: navigation, search

"The heroes created here may be made of metal and powered by Hero Cores, but their bravery and skill are second to none. Regardless of the danger, they go forth to do battle with the villains that would bring destruction to innocent worlds. They are the last barrier that stands between the universe and the chaos that threatens to engulf it."
― Akiyama Makuro, HeroFactory.com

Heroes, designed and created by the Hero Factory, are cybernetic warriors used to maintain law and order in the universe.

Long ago, the first heroes were created by Akiyama Makuro, with the intent of stopping crime throughout the universe. Since then, Heroes have become a widely accepted symbol of peace and prosperity, have been hated by criminals everywhere, and have saved countless lives and solved countless crimes. Heroes have been recently upgraded to 2.0 fire-resistant forms, the new Hero standard. 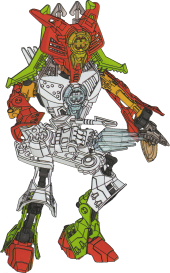 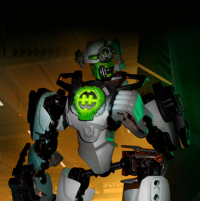 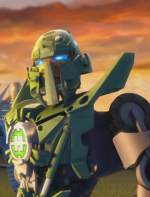 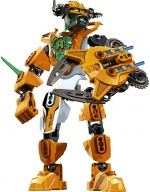 Heroes are unusually strong and agile for their stature. Instead of clockwork or other types of machinery, Heroes utilize pieces of Quaza Stone known as Hero Cores, which allow them to live as others do. However, because of this, it often takes more time to develop and test cures for Heroes, as no other beings house Hero Cores. Although all heroes are preprogramed with unique abilities, they all contain sensors and machinery that allow them to achieve what many might think impossible. Heroes are refitted all the time in order to stay on top of recent criminal technological advances. However, as a result of advancements in technology, older heroes are not as capable as more recent ones. If the situation requires it, it is possible to upgrade a hero to new armor for certain assignments, although the process is sometimes glitchy and could result in serious injuries or death. Drop Ship Pilots are Heroes designed for the sole purpose of piloting Drop Ships, though other Heroes can pilot them just as well.

"I feel like I could take on the whole universe single-handedly!"
― William Furno, Ordeal of Fire

The first seven Heroes were released in the middle of 2010, including Furno, Breez, Surge, Stormer, Bulk, Stringer, and a Drop Ship Pilot. A second version of Bulk was also released together with the villain Vapor in the "Bulk & Vapour" set. Lucas Valor was a combination model set of Breez, Furno and Stormer.