Difference between revisions of "Vapor"

Not much was known about Vapor before he became a Villain.

Vapor was hired by Von Nebula to be part of his criminal enterprise, to serve as a distraction for the Heroes.[FO:MSG, p. 14] While on a distant planet, Vapor was challenged by Dunkan Bulk, who had been outfitted with modified equipment to be able to withstand toxic environments. Assisted by a Drop Ship Pilot and William Furno driving his Furno Bike, Bulk took on the villain.[S!] He was eventually defeated and placed in the Hero Factory Storage Facility.[citation needed: FO:MSG?]

Vapor eventually escaped his jail cell during the mass breakout.[Episode 8]

Like many other villains, Vapor enjoys causing chaos and indulging in his criminal activities, primarily theft and property destruction. However, he had no personal stake in Von Nebula's vengeance campaign, and prefers to operate alone.[FO:MSG, p. 14] He is also described by the Hero Factory as a brutal warrior.[S!]

Vapor carries two Vapor Launchers, which are modified tube-fed Meteor Blasters that fire spheres of corrosive vapor. He also has two claws connected to his arms.[S!] 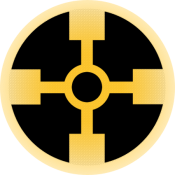 Vapor was released as a part of the Toys "R" Us- Limited Edition boxed set 7179 Bulk and Vapour in mid-2010. Of the 89 pieces, Vapor had 71 pieces to him. His Vapor Launchers could fire blue spherical ammunition when squeezed.